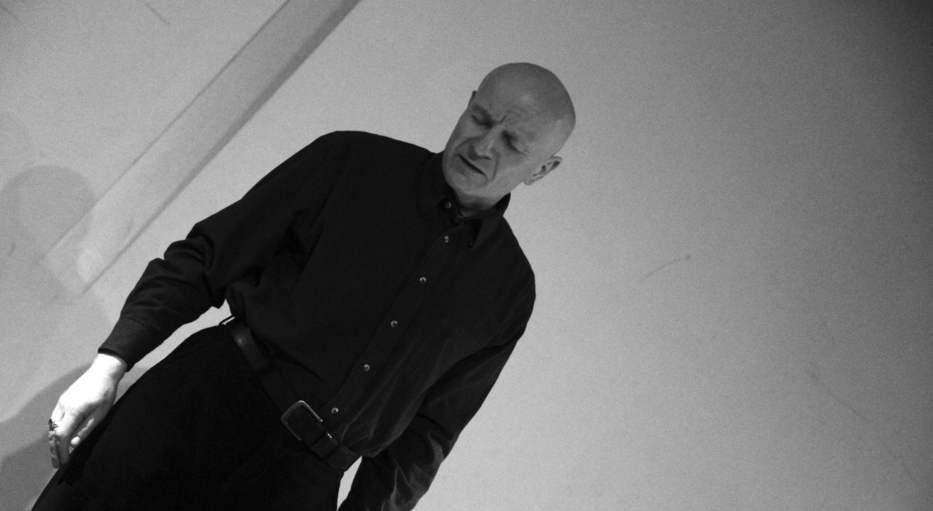 Last November the 4th, the associative label Autre Que organised a surprise Fire+Ice concert in the crypt of a Parisian church on the Butte-aux-Cailles. An ideal occasion to meet the all too discreet Ian Read; a key figure of the neofolk scenes who has just put an end to twelve years of silence with the release of the album Fractured Man.

Twelve years have passed since Birdking. Why did it take you so long to return to the studio?

Ian Read: I don't like doing music just for the sake of it and, in general, I hate doing things by obligation. I need to have an inspiration, to write about what I am and not about what I know. The distinction is important because I need to accumulate different personal experiences and to have lived certain things to write songs. I need to transform myself, to evolve, in order to work on a new album. In this sense, Fractured Man is quite different to Birdking or Gilded By The Sun, simply because I am no longer the same Ian Read.

How is the Ian Read of today?

I think I am significantly less social than before. It could be due to age, I don't know. Let's say that I prefer my own company to that of the others. I've become someone very solitary, almost a hermit.

Does this state of mind have anything to do with the title of this new album, Fractured Man?

Yes, I think those who will listen attentively to my new songs will see in me the fractured man that appears in an abstract form on the album cover. But, I don't want to say any more, I prefer to keep an ounce of mystery.

What is the main theme of this new album?

I think it is the magic of the hidden spirit that surrounds us but never reveals itself. It is everywhere, you can feel it, but never see it. I address other themes, but it's really the one that is at the heart of almost all the lyrics. I talk about the exchanges one can have with this hidden spirit, as well as its influence on our acts and actions.

Douglas Pearce and Michael Moynihan are on this album, aren't they?

Yes, that's exact. Douglas offered me a guitar melody and I liked his work so much that I decided to use it for a completely instrumental track to avoid ruining it with my voice. Then I said to myself that I had to honour him so I finally decided to write a text titled "Fractured Again". On which, Douglas sings the backing vocals. In December, I will play at a festival in Dresden where Death In June is also programmed and I have already planned to invite Douglas on stage to play this song… There could be other surprises.

Yes, that is a possibility. (smile)

Where was this album recorded?

Douglas recorded his parts in Australia, the music was recorded in Kent, England and I finalised the vocals in Austin, Texas. I was there for an international meeting of the Rune-Gild and I put to profit my presence there to record with the fantastic sound engineer John French. He has a fabulous collection of old analogical machines, old synths, vintage microphones...

The neofolk scene is full of old clichés. Did you decide to record in America to get away from all that?

Oh! I really just wanted to go to America! The problem is that most people in this scene have a sort of superiority complex and tend to forget that their European countries got rich by plundering gold from the different colonies. As for me, I believe that the hidden spirit I mention on this record is absolutely everywhere, in Europe, in America or elsewhere on this planet. I'm even persuaded that it can be felt in space!

How do you live with the whiff of brimstone that is affixed to the neofolk scenes?

What I can say is; my interest in the traditions of my ancestors and the culture of my origins doesn't imply any hatred in regard to the cultures that have developed elsewhere.
I think that neofolk music has become too "cliché" these days. All the new bands content themselves to ape what Douglas, Tony, David and I did. What they do is not bad, but I have the impression of having heard it hundreds of times. They don't even make an effort to do a minimum of work on their texts, they are happy to revisit the themes of war, suffering, magic, runes or I don't know what antique dragon. I've spent hours and hours learning the meaning of runes, to make sure that my texts were of quality and have a real meaning. Unfortunately, it's a way of doing things that is lost today. Do you know that only 20% of what has been written on runes has been published in English? That simply means that most of these bands do not know what they are talking about. That really saddens me.

You decided very young, almost as a teenager, to take interest in runes, paganism and Germanic mythology. Did your passion for music also come at that time?

I've been singing since I was a child and I've always had a particular interest in English folk music. People often ignore England's folk heritage, but it's a movement that developed a long time ago with my ancestors, with traditional and other more religious songs that are literally implanted in the memories of each Englishman. I also like the folk from the 60's and the 70's, in particular the work of the songwriter Nick Drake. This young man was a genius; he wrote songs that help to understand the England of those times. But I don't focalise solely on my country; I also particularly appreciate the old French folk songs, like the ones sung by the Languedoc troubadours.

You began your musical career with Current 93, on the album Swastikas for Noddy, then you worked with Death In June on the mythical Brown Book, is that correct?

In fact, I must admit that my memory is at fault and I'm quite incapable of saying if I began making music with David Tibet or with Douglas Pearce. For me, all this belongs to the same time-period, it is just a question of weeks… It's hard to remember; after all it does date back to 1987!

How did you meet them?

During a rather eccentric party hosted by common friends. (laughter) We were talking about music and I don't know why, but I told them that I was going to sing a song a capella, just for the sake of it, in the midst of the party. Then they both approached me at the same time to ask me if I wanted to collaborate with them on some projects that were more... professional. (laughter) I don't have many memories of the time spent in the studio with Current 93 and Death In June, apart that it was extremely pleasant. After that, I met Tony Wakeford who proposed to found Sol Invictus. We worked together on the Against The Modern World and the In The jaws Of The Serpent EPs as well as the Lex Talonis and the Trees In Winter albums. Some people pretend that I participated to the Songs Of the Wolf record from Above The Ruins, but it's false, I have nothing to do with this project of Tony.

Why did you leave Sol Invictus?

To go and study paganism in Germany. When I came back to England at the beginning of the nineties, Douglas and David asked me: "Why don't you release an album?" I'd never thought about it, but I found the idea interesting. I composed a few songs, found some musicians and I founded Fire+Ice. The following year we released Gilded By The Sun.

It is a very varied album?

Yes, it's true. The people I worked with at the time even wanted to get me to do some dance or hip-hop. (laughter). All I remember is that I had to constantly fight to stay true to the idea I had. It was exhausting, I didn't want to do what they wanted me to do. Today, I couldn't work with these kind of persons. But I'm very proud of this record, and I'd like to reissue it as a nice vinyl edition, similar to what Autre Que has recently done with Rûna.

Today, what are your relations with Douglas Pearce, Tony Wakeford and David Tibet?

I've stayed very close to Douglas Pearce, who helped me a lot on the new album. I recently met Tony Wakeford at a concert and we talked a lot together, it was very pleasant but I can't say I'm in regular contact with him. As for David Tibet, I have no news and I don't want to have any. Our paths separated a long time ago, when Douglas and I left World Serpent. Some persons, who we considered as friends turned their backs on us, and that really hurt us, it was really a stab in the back, especially for us who have always had a sense of honour and loyalty.